The collection of essays by WWII veteran turned peace activist and history professor, Howard Zinn, in Howard Zinn On War is indispensable to any person seeking to understand the vulgar reality of war. What makes his essays powerful is his reinterpretation of a history we’ve all been brought up to believe. The spirit of Zinn’s writing is urged on by the same moral conviction that reinterpreted Christopher Columbus from a noble explorer to the more accurate description of a genocidal expansionist. Zinn applies this sense of historical integrity to the subject of war. The disgracing of nationally admired myths to their truthful representation is always painful, enlightening, and fiercely resisted. Zinn takes the highly unpopular stance that there is no such thing as a just war.

Zinn attacks the justification of atrocities committed under the guise of patriotic duty and self-deception. “When you plant a bomb in a discotheque, the death of bystanders is deliberate; when you drop bombs on a city, it’s accidental. We can ease our conscience that way, but only by lying to ourselves. Because, when you bomb a city from the air, you know, absolutely know, that innocent people will die.” His investigations reveal a history of unnecessary atrocities done to make political statements. Millions of people killed in various instances for the sake of making points vain as crude machismo. This is the inevitable outcome in all wars.

I would like to go into every point discussed in this book. Each essay slays another little “Christopher Columbus” regarding precision bombing, defense of democracy, terrorism, and our government’s claim to fighting tyranny. These reflections would be too lengthy for simple review. Zinn maintained a 45 year friendship with Noam Chomsky who referred to him as one of the great historian and activists of a generation. Zinn has a lifetime career as a fighter for civil rights and anti-war through non-violent protest and civil disobedience. I highly recommend a documentary of his life entitled You Can’t Remain Neutral on Moving Train (it is available in its entirety on youtube). His life will serve as an example for people everywhere in the struggle for a more peaceful world. 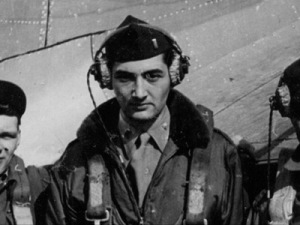 Can we End all Wars?

I’ve often wondered about the necessity of war. True, if we hadn’t intervened in WWII the Nazi’s could have taken over. At the same time I have to acknowledge that the US government is guilty of committing and supporting its own atrocities before and after the war. And so I wonder what it means that one abusive superpower had defeated another. For example, we stopped Imperial Japan by committing one of the greatest atrocities in human history, the dropping of two Atomic bombs on large civilian cities which killed close to a million people in totality.

Perhaps it is human nature that there will always be war. This is especially true when we are taught to dehumanize at will, economic policies encourage the exploitation of weaker people, history is edited to produce a living myth, and people celebrate war rather than condemn it.

I do agree that abuses happen because good people do nothing. But I also think that our education system has greatly failed in teaching us the tools for becoming critical, independent thinkers and humane people. Thus we have a responsibility to educate ourselves. Especially in the US where information is for the most part free compared to the rest of the world. Pick up some Noam Chomsky, Howard Zinn, Thich Nhat Hanh, and as Bill Hicks puts it, “squeegee your third eye.”

Maybe we’ll never be able to END ALL WARS, but we can at least end all unnecessary ones committed on our part.